After quite a few questions from our community about the new NFT hunts and easter eggs events, we decided that it would be helpful to clear out some of the most important things about these events.

So, without further due, let's talk about NFT hunts & Easter eggs.

What are the NFT hunts & Easter eggs?

The NFT hunts and easter eggs are distribution methods of the new Kalmy's Universe NFT collection.

They are events that can be both, announced or unannounced, to which's prize is one or multiple Kalmy's Universe NFTs, along with other prizes in the future.

They can take multiple forms. They can be hidden in the interface, public announced events, seemingly innocent tweets on both Kalmar's Twitter account or founders' Twitter accounts (Mark Viils & MrKalmari)... basically they can be everywhere.

Let's take our last NFT hunt as an example.

The hunt was silently hinted at by a tweet made by MrKalmari, in which he announces that it's going to be a slower day due to Kalmar's intern having to take the final school exams, and then mentioning that Kalmy.app is coming.

Well, it's October, so the final exams are still very far away. Upon clicking the Kalmy.app link, we can see that on the blank page there is a text saying "can you help our intern with his final exam?", where the letter "i" in "his" is actually a hyperlink.

Upon clicking on the link, a photo appears, in which we can see a final exam paper along with the supposedly "intern", which is the NFT Freshman NFT.

After answering all 12 questions correctly, their answers then form a seed phrase.

Now, the only thing left for the users at this stage is to input that seed phrase into a wallet of their choice and send the prize NFT to their own address.

This was just an example of how an NFT hunt can look like, but remember that they can take many forms, so... be curious. 👀

How do I transfer the prize NFT?

Transferring the prize NFT from the final wallet to your wallet can be done in multiple ways.

Now, assuming most people will use MetaMask in order to participate in the hunts, let's guide you on how to transfer the prize NFT via BSCScan.

Firstly, make sure the wallet is connected to Binance Smart Chain, you can see how to do that via our guide here.

Secondly, check the Token ID of the prize NFT that's in the wallet via BSCScan, you'll need it in the next step.

Now, the third and final step is to transfer the NFT. To do that, go to the "Write Contract" tab in the Kalmy's Universe BSCScan page, connect the wallet, scroll down to "7.safeTransferFrom" and input the data in the following manner:

After all the data is there, click "write" and then confirm the transaction in MetaMask. Boom, that's it, you're now the proud owner of a new Kalmy's Universe NFT!

Remember that NFT hunts and easter eggs are not the only ways you can get a Kalmy's Universe NFT.

Besides buying one from the PancakeSwap marketplace, the other methods of Kalmy's Universe NFT distribution are:

With that said, being an active Kalmarian increases your chances of getting an NFT exponentially. 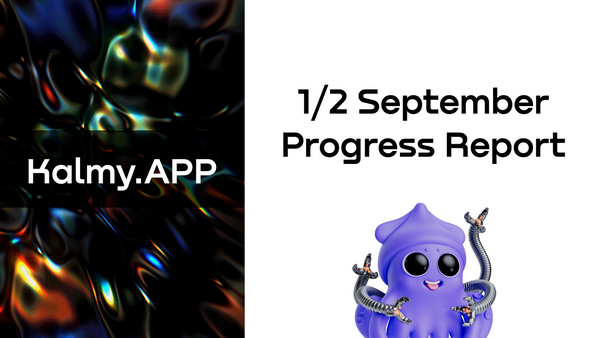 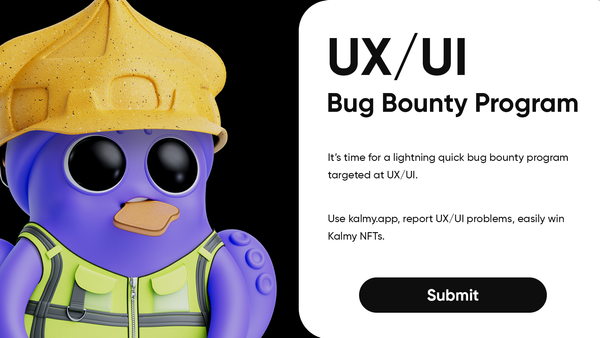 It's time for us to start a new bug bounty and award you with Kalmy NFTs! We've launched a ton of new interesting stuff since our previous bug bounty, including KalmySwap and KALM staking on BNB Chain, Fantom and Avalanche, new farms, bonds, LP staking, locking, and governance, all while 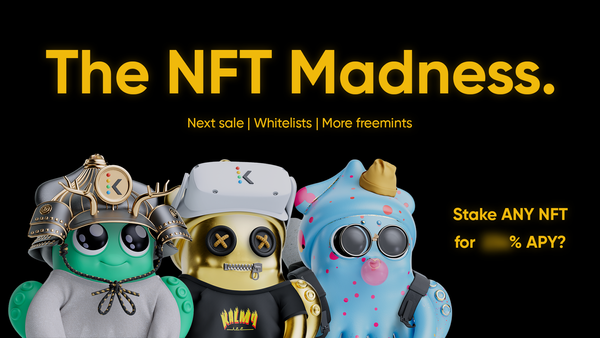 Any NFT staking. Final Kalmy NFTs sale. New collections for freemint in 24 hours. Whitelist directions. Freemint directions. And more. Read. Ok, let’s start. And we will start with… New Kalmy NFT freemints. We have selected several NFT communities for a vote. The vote will start on August 27th