Following the success of our audits and the growth of the platform - the Kalmar team is excited to share some news and the features of the V2 update.

We will start implementing KALM rewards for lending and/or borrowing BUSD/BNB on our leveraged yield farming platform.

Kalmar will be directing its main focus onto the BUSD lending and borrowing features for the few reasons we've mentioned in our most recent AMAs on Gate.io's Telegram group as well as on ours.

Q: ...speaking of DeFi - what is one part of DeFi and crypto in general that you feel is not being worked on to its full potential?

We used to see more fundamental innovation that has been made to replace the daily banking experience, bringing fair finance access to the general mass.

Recently, DeFi has been losing this trend of replacement towards the short term solutions for generating maximum yield.

Essentially, we want to create a "non-seasonal" environment where people would be coming to the protocol not just knowing that the APY will last but also be actually able to replace some of those greedy old school traditional banking services to new, fair ones.

Q: Can you tell us some of the goals you’re looking forward to accomplishing the most WITH Kalmar?

A: One of the main goals is adoption, not only of Kalmar but of cryptocurrency in general.

Currently, the majority of non-crypto population finds crypto, in general, to be extremely hard to comprehend, but DeFi is on a whole another level.

We are aiming to make DeFi easy to use and understand, fast and cheap, while offering options for both non-volatile (stablecoins) and volatile markets (alts).

In my personal vision, the entry to crypto should be done through stablecoins, then moving towards alts and new tech, because otherwise it is extremely intimidating.

With that said, let's dive into tokenomics.

Now, let’s take a look at the final tokenomics of the product. Of the total 6,000,000 KALM tokens allocated as rewards to our products (60% of the total supply), we are reserving:

BUSD Side of the protocol

BNB Side of the protocol

The allocation takes into consideration the expected TVL outcome of both sides - aiming for an optimal outcome of:

The KALM rewards can be vested or claimed immediately with burn, depending on the users' choice. After clicking the claim button, users have two options:

The rewards distribution time will be every Monday at 9 PM SGT. The integrated burn mechanics is the first among many steps towards creating sustainable and attractive tokenomics.

In the first 24 hours from launch, only the lending option will be available with the borrowing option going live after that period of time. This is done in order for the bank to gain a healthy amount of TVL which in turn provides enough assets for the borrowers while keeping the utilization rate within optimal levels.

The KALM rewards calculation will begin as soon as the protocol goes live. Users that lend their BUSD in the first 24 hours will be rewarded.

We are excited to announce the completion of our second successful audit. This time, for our BUSD lending protocol!

At Kalmar, our users' safety always comes first. An action we have taken to ensure that goal is making an audit a mandatory step before the launch of our products.

The audit was a huge success; our BUSD lending contracts have been classified as well-secured with no critical, high risk, or medium threats!

These are the next few updates you can expect.

The vault product is an automated service that automatically compounds the rewards obtained through the process of yield farming in order to maximize the returns over a longer period.

Vaults will enjoy KALM rewards as well. The tokenomics are yet to be released.

An AMM Aggregator is a financial protocol that allows users to access liquidity available on a large number of decentralized exchanges from a single platform. This provides users with the best prices for the tokens they want to swap.

We aim to implement top-tier analytics tools and the most popular options as would a centralized exchange. We explore transitioning as many UX options available on CEX into a decentralized environment.

But most importantly, traders these days are only taxed and rarely rewarded by the exchanges/aggregators they use. We want to change that by providing traders with rewards for trading on our platform.

Our more detailed further development that will include our platform ownership models, NFT Fundraiser v2, or new TradFi alternative products will be covered in the roadmap.

We thank all the community members for their patience; we aim for the beginning of July for the release. Please, note that as much as we want to announce a specific date for the roadmap, we want to make sure it is as balanced and descriptive as possible.

We've had quite an eventful few first months of our project, and we're definitely looking forward to more BUIDLing to come.

We're always open to feedback and suggestions from users so make sure you join our official Telegram (links below) to leave some of your thoughts.

Keep kalm and trade on! 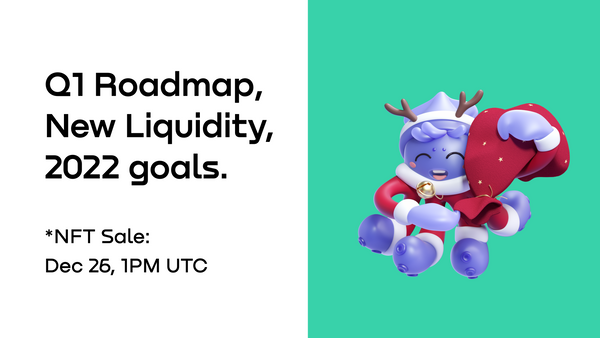 We would like to keep this blog short and informative. Firstly, our apologies for the recent delay. It's the end of the year - the time when too many factors might come in place (+IFO but no excuses). We are obviously concerned about this and have already addressed the core 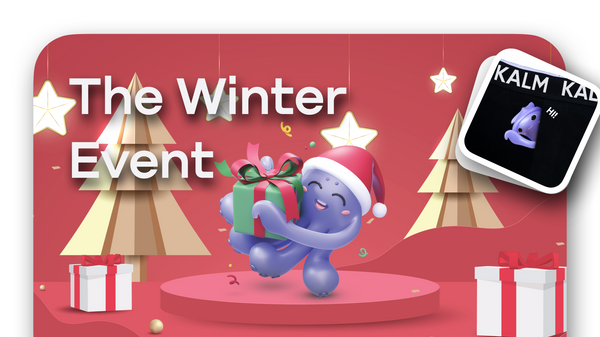 It’s Winter Season! We have spent quite some time designing these upcoming events and we're happy to finally share it with you! It’s fair to say that the NFT Hunt has been quite a fun concept so far. As a team, we're very happy about the cultural values 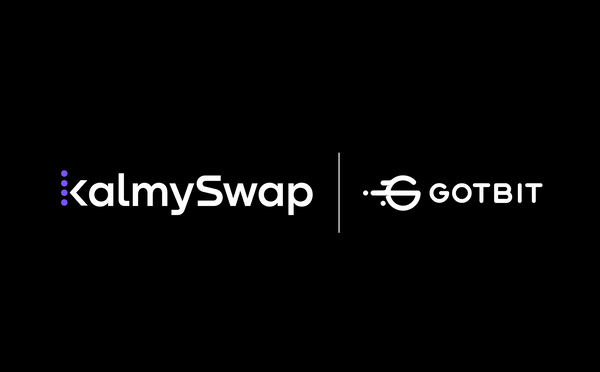 It is now official: KalmySwap is the next block of the upcoming Kalmy.APP DeFi-NFT Hub. To learn more about Kalmy.APP check out the previous blog here (https://blog.kalmar.io/kalmy-app-nft-hunt-more/) With an addition of the new product, we are as well happy to on-board a new advisor