Our next update will be a game changer for us, as we will be going multi-chain, introducing KalmySwap, creating protocol-owned liquidity pools, and launching bonds all in one. As a result, we feel that our largest update should be accompanied by our biggest celebration ever.

How will the airdrop be distributed?

Creating a fair distribution for the airdrop was a critical issue, and we experimented with a plethora of various distribution combinations.

After modeling what we assume to be every possible possibility, we feel that the following categories will result in the most fair distribution:

Criteria - Must have staked KALM (holding vKALM) and the sum of all KALM sold should not exceed 10% of current vKALM holdings.

This criterion is for our most precious diamond tentacles, who have been with us since the beginning. Initially, the proportion of KALM sold from existing vKALM holdings was considerably smaller, but we didn't want diamond holders who sold only to test things out or because of real-life issues to go unrewarded, so we increased the margin to 10%.

Criteria - Must have KALM staked (holding vKALM). No timeframe or supplementary criterion in place.

Criteria - Must have more than 49 KALM and has had more than 40 KALM in the last 7 days.

We will carefully review any wallets holding more than 49 KALM to ensure a fair distribution due to the high likelihood of dust being spread around by airdrop hunters or certain individuals having numerous wallets for the same reason.

Users who attempted to obtain an unfair advantage by distributing their holdings over many wallets will be disqualified for the entire amount.

Smart contracts and team wallets to be, of course, not accepted.

Criteria - Interact with any of our contracts once they have been updated on Avalanche, Fantom, and BSC.

To incentivize the usage of our new products, we will be doing a raffle. To enter, interact with any of our contracts post-update on any blockchain.

75% of the entire amount saved for this raffle to go to Avalanche and Fantom, and 25% to go to BSC.

The raffle will have a total of 100 winners. One entry per wallet. We will do everything possible to ensure that bad actors who use bots are not rewarded.

What if I qualify for more than one of the categories listed?

Then you're in luck, since you'll get them all. Yes, diamond tentacles will receive both category 1) and 2) airdrops, as example.

Has the snapshot already been taken?

Yes, the snapshots have already been taken.

There are no exact amounts specified?

No, not for the time being. When it comes to actual token distribution, we're still looking for the best approach. Keep an eye out for a second blog.

Why are the amounts not exact?

What about NFT holders?

NFT holders are not forgotten; as a result, we have many things planned for you in the near future, particularly with future updates that will bring utility to the NFTs on the Kalmy.app platform.

When will the airdrop be distributed?

We expect the airdrop to start being distributed two weeks after the update.

When will the burn happen?

At the same time with the airdrop distribution.

Will there be a vesting period?

There will be a vesting period for the winnings in category 4), that will extend for a total period of 4 weeks.

Where are the tokens being airdropped and burned coming from?

As previously stated, we will not conduct random burns or airdrops, to ensure we keep our original KALM distribution according to plan.

However, the KALM set aside for this launch event were originally set aside for the PancakeSwap pool. As you may know, the pool was rejected via vote by CAKE holders, therefore we're re-allocating it for this event.

Sometimes unpleasant events are actually blessings in disguise, as we're now far more happier to be burning 1% of the entire supply and airdropping these KALM tokens to Kalmarians rather than utilizing them for promotional purposes.

If you still have unanswered questions, join our Telegram group, where our team is ready to help.

We reserve the right to adjust the airdrop and burn terms, if necessary. 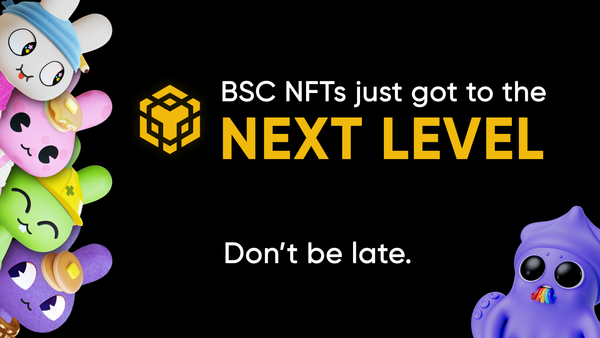 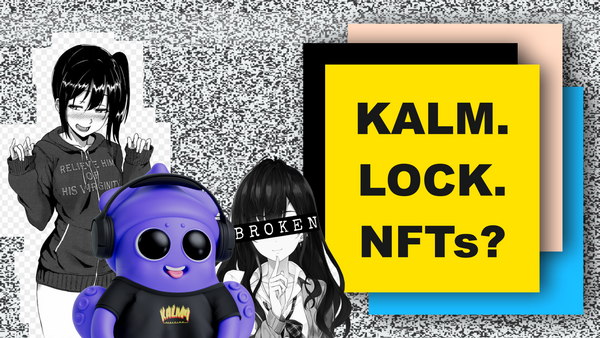 Locks and boosts are now available on Kalmy.APP. That is a big and important update for the future of our ecosystem. Early birds been already active, here are some quick numbers: • ~44.000 KALM have been locked on BSC for an average of 1.2 years. • ~22.000 KALM 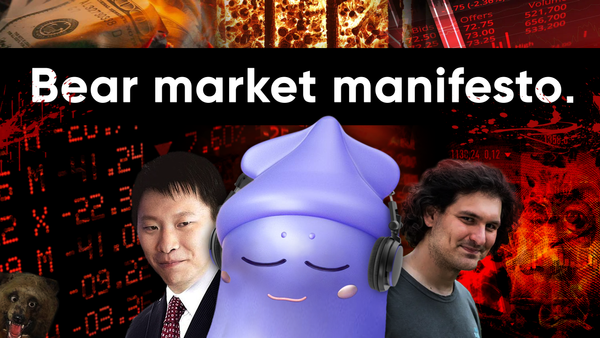 Times are weird out there. Let’s revisit out thesis, review our roadmap, and discuss moving forward through the bear market. General Thesis 1: Blockchain is a superior method for transferring value in the form of information. General Thesis 2: DeFi has proven to be the most important component of